Karim Michel Sabbagh, President and CEO, commented: “2016 was a year of acceleration for SES. We continued to execute our strategy of building differentiated capabilities in the four market verticals. This contributed to delivering 2.7% growth in reported revenue and SES’s highest ever contract backlog.

In Video, SES continued to enhance the viewing experience, adding nearly 170 HDTV channels and grew in UHD to 21 commercial channels. SES accelerated the scale-up of capabilities across the value chain through the creation of MX1, which now provides value-added ancillary capabilities to over 2,750 global TV channels and more than 120 Video on Demand platforms.

Acquiring the remaining shares in O3b allowed SES to bring it fully into the group, which is now uniquely placed to deliver ubiquitous managed network solutions for our data customers. The efficient integration of GEO-MEO capabilities enabled SES to increase the number of prime global and regional enterprise customers and provides a strong growth engine for 2017 and beyond.

Mobility revenue grew 67% at same scope and constant FX and almost doubled in 2016 as reported. SES is now the partner of choice for the four major global providers of inflight connectivity and entertainment. The agreement with Thales for SES-17, and further agreements with Global Eagle Entertainment, Gogo and Panasonic Avionics, increased SES’s significant Mobility backlog and validates our differentiated approach of building customised and scalable satellite-enabled solutions.

SES’s Government business continued to recover in the U.S. as we are increasingly able to deliver services across the value chain. This includes customised end-to-end solutions, such as TROJAN. 2016 also marked the first joint award for SES and O3b by the U.S. Department of Defense. Equally important is SES’s growth in international Government clients in 2016, including an important end-to-end service agreement for NATO’s AGS.

SES is committed to building the business with strategic clarity, value accretive investments and strong execution. These fundamentals support our objective of delivering sustained and profitable growth in all four market verticals, and will enable SES to continue to generate attractive long-term returns for shareholders.” 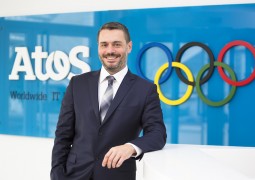