Children will step into the world of space and aviation with the Curiosity Machine.

Social responsibility projects focused on children are the prior items on the agendas of many companies. The “Curiosity Machine” ‘Merak Makinesi‘ developed by Iridescent, a global STEM nonprofit and sponsored in large part by Boeing is an example. When you see the word “Machine,” do not consider it as a device to answer your questions. As you will see below, we are mentioning about some videos about the engineers working in Boeing Aviation company, how they imagined becoming an engineer and how they identified a device by telling about their duties in the company. Using various directives, the children are manufacturing certain devices by using the materials they obtain in the environment under the surveillance of mentors.

Just to give an example; What is this? 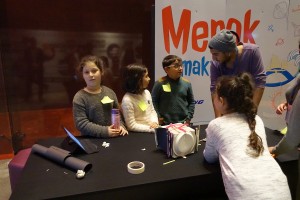 A draft manufactured by the children using the materials found at home: A SATELLITE! 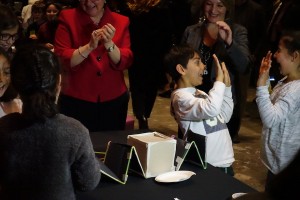 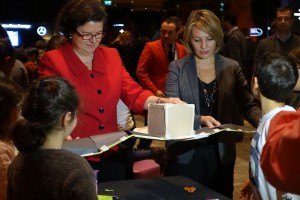 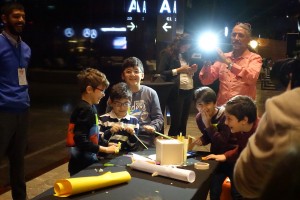 The “Curiosity Machine” program developed by Iridescent with the support of the engineers working in the leading space and aviation company Boeing, is now in Turkey by the anchorage of Boeing celebrating its 100 years anniversary. The program was accomplished by the Association of Science Heroes conducting activities to focus science in various areas of communal living all over the country. The primary purpose is to improve the skills of children in the areas of STEM (Science, Technology, Engineering, and Mathematics) and attract their attention to such fields.

The program aims to improve the problem-solving skills of children and invoke their innovations and attract their attention to engineering and science. The program targets to reach 1300 children studying in state schools at the 4th and 5th grades all over Istanbul in the first year and will expand to some other cities in the following years. The program will be conducted by the voluntary support of university students studying at engineering faculties. Under the guidance of the volunteers, the children will make technological patterns using the simple recycled materials by the core engineering principals whereas they will learn the purpose of their creations and understand how such systems work. 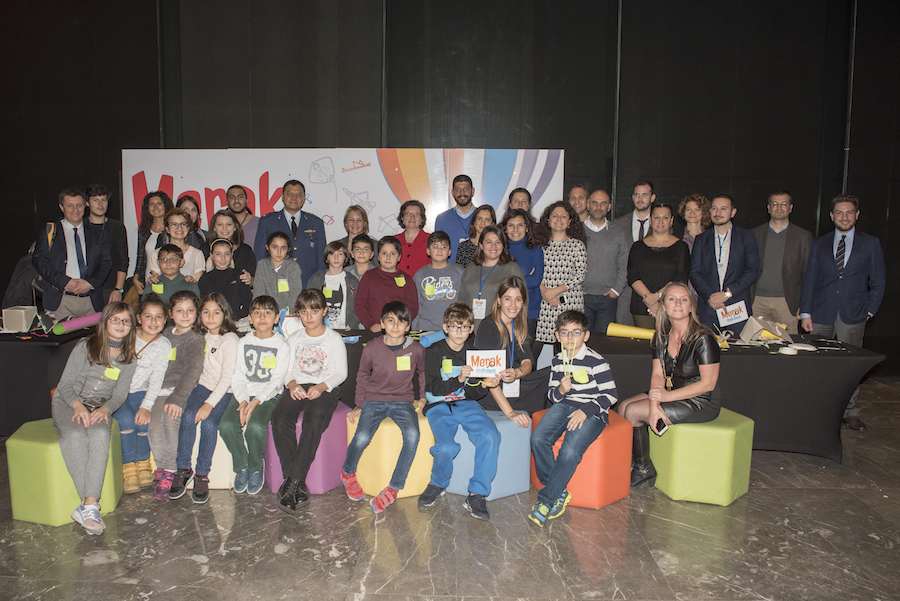 “As the Association of Science Heroes, our primary purpose is to unite the children and the youngsters with science at their early ages using our studies to propagate science, scientific thinking and scientific awareness to all sections of the society. Our national and international collaborations have an important place to carry out our activities in this respect. It is certainly a pleasure for us to collaborate in this project with the leading space and aviation company Boeing to join the children with science.” 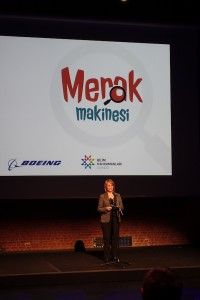 “We are happy to bring this program to our country which aims to invoke the innovations of children and attract their attention to science and engineering. This Iridescent program is successfully practiced in the USA by the support of Boeing and other sponsors and will now be applicable in Turkey. The Curiosity Machine engineering design program has been developed by the voluntary contributions of the engineers working in Boeing company to derive children from imagining themselves as scientists, engineers, designers and entrepreneurs of the future. We are very happy to carry out this project in Turkey by the collaboration of the Association of Science Heroes. Our 100-year celebrations is a fair opportunity to inspire our children and youngsters in the fields of engineering and attract their attention to scientific activities. When we consider the proud and honorable 100 years past performance of Boeing and the 70 years of collaboration with Boeing Turkey, we can not withhold ourselves to ask the question, ‘what is next?’ This question will be answered by our children and youngsters using technology and science because they will shape the future of Turkey.” 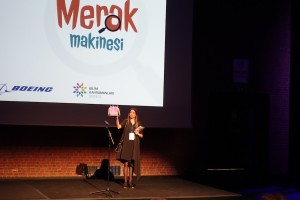 Özlem Mutlu, Secretary General of the Association of Science Heroes, explained that the studies have already started in January 2016 and 2016-2017 semester,  the program will be reflected 4th and 5th grades (9 and 10 ages children) and every week a two-hour session will be carried out for five consecutive weeks. For next years the program will be expanded to other cities as well for 9 to 14-year-old children. The lessons will be mentored by volunteers who will be educated in the Association for two days. The project is already supported by DOT Theater Team, Khan Akademi Turkish, TEGV and Zorlu PSM. The translation and the dubbing of the videos have consumed a remarkable period. In the beginning, seven projects will be practiced to increase gradually.

Since the year 2000, Boeing Turkey has undersigned more than 200 social responsibility projects in the fields of education, art, culture and health services. The education programs of Boeing aim to reach all students starting from primary schools to high schools, labor schools, and universities and has already raised more than 140.000 students all over Turkey. Among these education programs, the joint project of Istanbul Technical University (ITU) and the Turkish Airlines (THY) the Post Graduate Program for Aerial Transportation Management hold an important place to direct the aviation sector of Turkey to play an active role within the global aviation world. This program is carried out under a protocol signed between the Anadolu University and the Ministry of Education to support students and teachers at labor schools which own aircraft maintenance areas. Furthermore, Boeing Turkey sustains internship opportunities for promising students in Boeing facilities at Seattle.

About the Association of Science Heroes

The Association carries on activities to propagate science, scientific thinking and scientific awareness to all sections of the society, to unite children and youngsters with science at their early ages by the efforts of a team of volunteers. To achieve this purpose, the “Associaton of Science Heroes” has been organizing the FIRST® LEGO® League (FLL) activity in Turkey for 13 years to raise a self-confident young generation capable of interrogating, carrying out team works to find solutions to various social problems. By participating the Science Heroes Gathering/FLL activity, the youngsters obtain the opportunity to join various amusing and process driven sessions in the areas of art, science, and technology, as well as expand their experiences in the fields of expression, listening, presentation, sharing and team- working. These experiences invoke the children to imagine themselves as a future scientist, engineer, entrepreneur or a responsible global citizen. Furthermore, the Association of the Science Heroes realizes the “Young Scientist Awards” every year at three different universities under the courtesy of the university rector to honor the scientists of our country. Within the context of this project, every year several scientists are selected and rewarded, who have pioneered and contributed in the fields of science and engineering, who have been efficient in using science and engineering for social welfare. Additionally, the Association of Science Heroes organizes the  FIRST® LEGO® League Junior activity in Turkey together with 35 other countries all around the world for 6-10-year-old children to attract their attention to the fields of science and engineering. And Association also regulates the Turkish branch of the World Robot Olympics (WRO) together with 55 countries for 7 to 21 years old children and youngsters to attract their attention for robot technologies and science. https://www.facebook.com/bilimkahramanlari/?fref=ts