I had a nice talk with Paulina Linnenbank, Work and Organisation Psychologist about cultural diversity in Amsterdam.

“When team players are more aware about cultures, teams may work in harmony. If everybody is staying on his own island, the result of the team is worse than of a monocultural team. If the system and team are guided and if they work on their own skills, than the result will be better and creative in the end.”

How do you define cultural diversity?

It is the general concept, which means having more cultures in one space, country or organization. So, two or more cultures, maybe ten cultures can be dealing with each other. 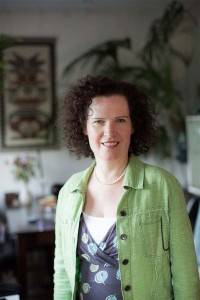 You give trainings about the intercultural effectiveness. Please tell us about this training and the content of it.

If there is a cultural diversity situation in your organization, it is meant to support people in communicating and interacting in more effective way. If you put ten people from ten different countries, ten different cultures in one place, there is a lot of chance they won’t immediately, automatically understand each other. Cultural awareness is necessary for adjustment. So, at least you need to understand where the other person is coming from. The trainings that I run are to improve intercultural effectiveness that you learn a lot about all different cultures which is interesting and important. Of course, it is impossible to learn everything about all cultures. So, we concentrate on the personal competences. For instance, if you would do the training, I would make you more aware about how strong your intercultural competences are.

What are the components of cultural awareness?

One is open mindedness, we also call it postponing the judgment, not judging other people. If something strange happens which you didn’t expect, for instance somebody doesn’t give you a hand but you don’t understand why, then there is different way to deal with it.  The person has a reason to do what he is doing. Then there is also empathy. You make the personal connection, the connection with the heart so to speak. You see the other person as a real person with feelings and also you can express yourself as a person. The third competence is social initiative. If you just do nothing about intercultural situation, you will never find out why there are differences and how to work together the best way. So, social initiative is more about compromise like you can propose and ask the question: “I see you want to do with this way, I want to do it that way, and can we compromise?”

What is the effect of those trainings to the ethnic diversity at work?

When team players are more aware about cultures, teams may work in harmony. If everybody is staying on his own island, the result of the team is worse than of a monocultural team. If the system and team are guided and if they work on their own skills, than the result will be better and creative in the end.

My question will be about your country Netherlands. What is the situation of the cultural diversity in your opinion?

Well, there is more and more people from different cultures coming in the country and my personal experience is that I really like and appreciate it. Because it gives more color to the life and work in general.  If I look in the society, what I hear from the media and people who I hear talking and who I train, they see immigrants from different cultures almost like aliens. They keep their distance. And it is a little bit sad. Because it gives a lot of even hatreds in. There are even political parties who are stimulating not to except foreigners or send them. It is something really illogical because the Dutch people really need the immigrants. There will be less Dutch people in the future but that is not our topic now.  In my opinion there is not enough awareness which makes it even more complicated to work with instead of more fun.

How do you think that it can be improved?

Most important thing is to talk to people. Many people are afraid of foreigners. There is a lot media, television, social media that are even stimulating this hatred. So, I would really hope and wish that something can change in that area. This is one of my goals running those trainings.

You can watch the video in English from the link below.