I’ve had the chance to talk to Yeşim Taşlıoğlu, Director, Cognitive Solutions, Internet of Things Leader at IBM about Cognitive IoT, Watson and future strategy of IBM at the IBM Event. 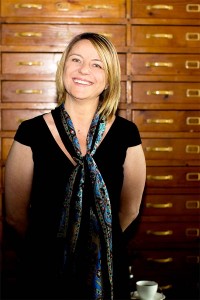 How do you define the Internet of Things?

IoT is defined as the connection of devices with sensors. That is the easiest part. We connect the devices so that we can generate useful data, which will improve our business or create new business models. According to me, IoT challenges us with the data. It is so big that we have to think how we will analyze and model it. That is the first step we have to focus on.

When there will be large data and machinery which analyzes that data in companies, will there be the need for C-level people disappear?

Machines of today can think and learn much the same as humans and humans receive help from machines in defining strategies. However, I don’t believe that machines can replace strategy creating people shortly. But we cannot know what might happen in the distant future.

Could you explain the term “Internet of Cognitive Objects”?

It is so demanding for today’s programmable technologies to analyze that kind of data which come out from connecting objects. Because machines can only answer the kind of questions, set in advance. However, it is likely for a computer to find out possibilities of data created with the internet of objects which may take form but we cannot think of. The technologies which we call cognitive technology are this kind of ones. We claim that we switched to a cognitive era as IBM. We believe that we switched from former programmable technologies to non-programmed, self-learning techniques.

And Watson comes into play at this point.

Yes, I can define Watson as IBM’s cognitive motor. Watson is a technology for which IBM makes investments for a long period. You may remember that years ago when IBM’s programmable machine Deep Blue defeated a chess champion in a chess championship, it created a great surprise. It is the easiest thing for a computer to calculate mathematical probabilities. Now, we are in an age that there are machines which achieve more than just mathematical technology but can comprehend the way humans speak and think and which can learn like people. Watson represents that for IBM.

What is the level that it reached until now?

Watson started to learn languages lately. Watson can speak Korean, Japanese, German, Spanish and even will learn Turkish. Watson can reach all the information on the internet which are accessible for everybody and can analyze them. Let me give an example: When we started off this journey five years ago, we made him compete in Jeopardy, a contest in the USA, like Riziko in Turkey. Watson competed with two great champions of America, calculated probabilities for the questions asked by humans and eliminated both champions. Watson has improved itself since then because it continues to learn.

Has it any humanlike aspects?

Watson can sense some kinds of things. We call it intuitional informatics. It can draw conclusions from the data it learned from you or reached from anywhere else. I don’t think that Watson feels like a human or its intuitional power is at the same level as humans’.

What is IBM’s perspective about the future?

It is a critical question how to analyze cognitive technologies and the data obtained. We have been making investments in this subject for a long time. Another crucial point is security because everything takes place on the cloud system. The platform is in cloud and security is so important for Watson to be able to reach all the data. We see ourselves assertive and advanced in this. And of course, the business models are changing.

Governments do not want to work with cloud because they do not want to share data of their countries. Besides, for example, Smart Cities are the open system for hacking. Hacks can even be used for terror attacks. How do you ground your claim?

There are regulations on certain topics and in many countries, including Turkey, you cannot take customer data out of the country. We can preserve sensitive data in Turkey via Hybrid Cloud and can transmit others to cloud. As for security, Turkey has a strategic place and is very open to cyber-attacks. Since internet users are not very careful, there are security defects. IBM has many products to provide security technologically, and when you look back on IBM’s history, you can see that IBM customers are mostly banks, that is to say, security is a must for a bank.

What do you think about the conditions we will be in after 10 or 20 years?

That is a long time! Everything changes fast. Now, there is an inclination to make everything autonomous starting with cars. I believe that artificial reality will be substantial. Maybe we will use virtual reality glasses instead of going to holidays and feel as if we were there actually.

You stated “We are working with 350 business partners” in your presentation. Do you work with startups? For example, do you but patents? Do you have any suggestions for startups in Turkey? Does IBM open a path?

IBM is a company which makes purchases a lot especially in software field. The businesses that are established with very different entrepreneur notions and which affiliate in us have availed much. That’s why we are very interested in it. There are studies that we conducted with startups in the Middle East and Eastern Africa. We develop projects together on Bluemix, which is our development platform. To improve startups, we also collaborate on certain business models to which IBM contributes.

What fields do you suggest for entrepreneurs to approach?

There are many subjects, but the ones to which we are focused are cognitive technologies and following those: Internet of Objects, e-commerce, analytical and security issues. We make investments in these for we believe that the future will be shaped around these four. For this reason, I think that entrepreneurs who can change business models who can present diversities in these issues will be lucky.

Is there any startup company you bought in Turkey?

No, there is none.

You can watch the video interview we recorded with Yesim Taslioglu from IBM for more in Turkish.