Major news networks were reporting on September 17th, 2016 that US warplanes had bombed Syrian government positions at the Syrian city of Deir al-Zour. After many hours of silence, Pentagon sources said that it was by mistake, a navigation error.

In previous months Russian planes had bombed Syrian government and Kurdish YPG positions, both their allies, also by mistake.

When Turkish planes shot down a Russian plane on November 24th, 2015, it was because the Russian planes had violated Turkish airspace. But Russian authorities claimed that [according to their records] there was no such violation.

What was the real reason behind those navigation errors?

For a number of years now, modern warplanes have been primarily using signals from GNSS (Global Navigation Satellite Systems) satellites in navigating their route in the skies and to the coordinates of known targets.

There are now two active GNSSs in the World. The more widely known is the GPS (Global Positioning System) of the USA, and the other is the Glonass system of Russia. In addition, the European GNSS system Galileo, will be starting partial service in 2017 with full service coming in 2019. China’s GNSS system Beidou, is expected to be in operation sometime early in the 2020s. India is also believed to be developing a GNSS system.

Both GPS and Glonass are military systems, planned, built and operated by the armed forces of their respective countries. However, they have also been opened to civilian use. Especially GPS is used by millions of people all over the world in their vehicles or pockets with a good deal of confidence.

The Chinese system is also owned by the military. It is not certain yet whether it will be open to civilian use. On the other hand, the European Galileo is completely owned and operated by a civilian authority under EU supervision.

US and Russian military have great confidence in their GNSS systems, so all their navigation, geographic and target information, operational plans and actual operations are dependent on these systems.

But then can these systems be defeated in any way?

This question can be answered at several levels. The first course of action that comes to mind is jamming, which is the suppression of GNSS signals by stronger ones rendering all affected GNSS receivers useless.

GNSS operators can use a different method to prevent the use of their systems by hostile forces. They can add “noise” or a random component to their signals to introduce errors in the receivers. The usual position error of a few meters can then grow to several hundred meters or more. The US once had such a system called selective availability (SA) which was available for use in times of crisis. But it was canceled in 2000 and the US government declared that it has no intention to revive it again.

This method affects all receivers in a large geographic region. A much more desirable method would be highly selective targeting of only one or a few receivers at a certain time at a certain place. If such selective deception could be achieved, a designated ship or aircraft could be fooled to steer itself into wrong coordinates, navigate into enemy territory or bomb friendly positions.

If we return to the first question posed above, about the source of all the navigation errors of US and Russian planes over Syria, several possibilities exist. First is human or equipment errors while transferring target information from reconnaissance sources such as UAVs (Unmanned Aerial Vehicles) to the bombing jets.

Another error source could be equipment failure or loss of calibration. This is unlikely in this digital age without being apparent or unchecked. That leaves only one option which is selective electronic deception of designated aircraft. This method, while theoretically possible is not trivial by any means.

An article on GPS Hacking appeared in the August 2016 issue of the journal The Institute, which is published by IEEE (Institute of Electrical and Electronics Engineers) the largest professional association in the World. According to the article a postdoc electronics engineer at Cornell University, mentioned the ideas of a project to his professor, for GPS deception.

Before it was started, FBI was informed. With their approval and under the supervision of FBI and other security authorities, a device was developed and successfully tested over a two year period. The test mentioned in the article involved a ship in the Mediterranian which was spoofed into steering off course, naturally with the prior information and acceptance of the captain.

The article states that the US government is working on a method to detect such spoofing and take appropriate mitigation measures. It is also mentioned that the first such commercial GPS receiver is now available from a Swiss company.

It is now apparent, as the article states, how the Iranians captured an American UAV forcing it to land undamaged on an Iranian airstrip, and also how US ships in the Persian Gulf steered into Iranian waters in at least two occasions by mistake. It is believed that US, Russia, Iran and China now have the capability to spoof GNSS signals.

We should not be surprised if we hear about new navigational errors in Syria, Iraq or another place in the World.

Following the BS degree from Bogazici University, he attended University of Illinois on a Fulbright Fellowship where he was awarded the MS degree and the PhD degrees. His career includes research at TUBITAK Marmara Research Center, and at the King Fahad University of Petroleum and Minerals, in addition to academic work at IŞIK, Maltepe and Marmara Universities. He also taught at the Air Force Academy and Air War College on informatics and space related subjects. As the founding director of TUBITAK’s Informatics Institute, he was instrumental in starting internet services to universities and company research units around Istanbul. He served as the Turkish delegation to the UN Committee on Peaceful Uses of Outer Space, and as a member of various NATO Working Groups. He has been active in numerous science and technology related foundations and associations, being also a Life Senior Member of IEEE. He is the author of a book in Turkish on space, the author of a number of research papers, and the editor of seven books, as well as the recipient of service and research awards. He is currently writing popular articles on science and technology, as well as participating in discussion groups. 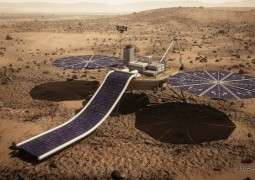 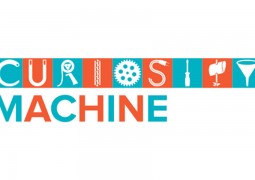 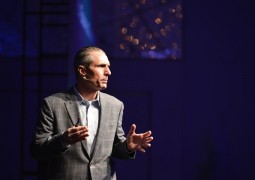 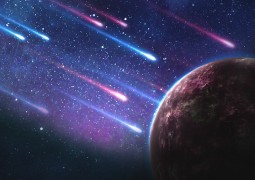