Smartphone cameras could be poised to transform a number of industries, as ‘selfies’ transition from frivolous fad to technological phenomenon, according to a new report from Sony Mobile. The report and accompanying research, released in conjunction with Futurizon and based on a survey of 6,500 European consumers in the UK, France, Germany and Spain, found that consumers are open to the ‘vast number of potential applications’ for camera photography.

Working with futurologist Dr. Ian Pearson, Sony Mobile explored a number of sectors likely to incorporate smartphone photography and selfies as a technological function in the future. The potential applications were wide-ranging, from theme parks building ‘selfie-coasters’ that let adrenaline-junkies capture their experience on the latest rides, to shoppers using it as a ‘virtual personal assistant’ to try on multiple outfits at the touch of a button. Once these applications were identified, more than 6,500 consumers provided their thoughts on the evolution of selfies as a social trend, and the appetite for these more functional uses of smartphone photography. 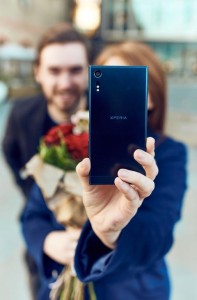 “The project has given us a real sense of how selfies and video calls have evolved, and why they could be set to transform so many different sectors”, said Jason Smith, Vice President, Middle East & Africa at Sony Mobile Communications.

“At Sony Mobile we face the dual task of designing smartphones that make consumers’ lives easier today, while keeping an eye on what the future holds and being part of driving innovation and change. We have always seen photography as being a key function at the heart of the smartphone and have already advanced front camera technology in our Xperia XZ for superior quality photos, so it’s incredibly exciting to find that consumers are ready to embrace selfies for such a wide range of future uses that enhance our everyday lives.”

The report identified the top 10 ways consumers believe selfies could evolve in the next five years:

Dr. Ian Pearson, Futurologist and creator of the Future of Selfies report, added: “Through this report, it has been fascinating to chart the evolution of selfies and smartphone photography with the team at Sony Mobile. But even more encouraging has been the response from consumers, who have shown they are open to the range of future uses for selfies and video calls.”

“The results clearly show that selfies are well on their way to transitioning from frivolous fad to technological phenomenon, and provide food for thought to a number of industries. The potential is huge, and it will be exciting to watch this unfold over the coming years.”